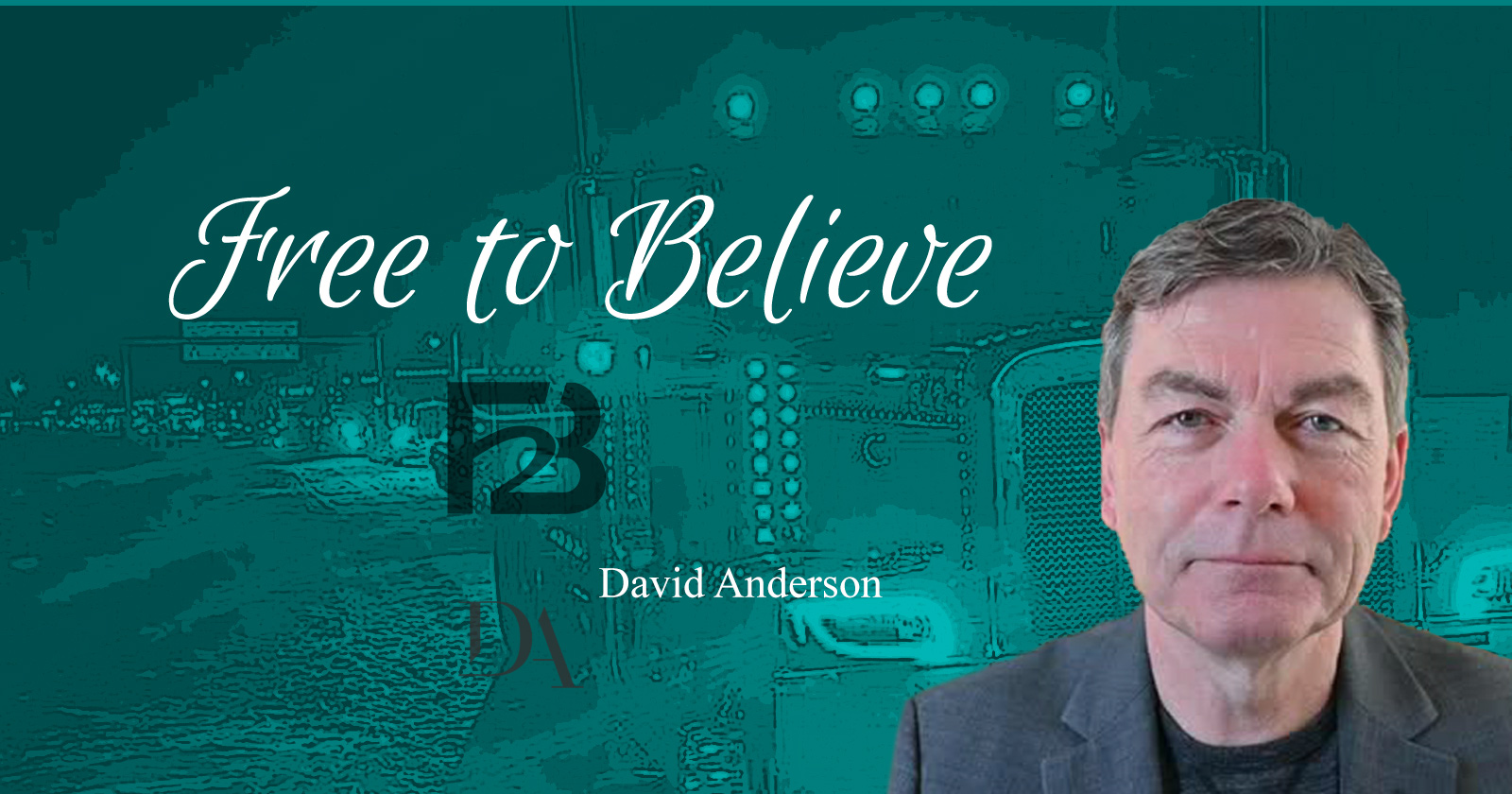 This is a series of short reflections on a few of the things that we have seen in the last 6 weeks.

These are not my thoughts but the observations of someone I know well who felt compelled to write about events as they happened. The first is the day after the convoy went through Saskatchewan on its way to Ottawa. The second is a faith perspective on what it looks like when God shows up. And the third summarizes the response of weak leadership to threats. All three of these are personal, well considered and concise. I thought I would use them as a good solid  base for a series of my own thoughts that I will be posting in the coming days and weeks.

Here they are – what do you think?  Please feel free to let me know your comments via my Facebook page or via the website contact form.

This is what I wrote the morning after the convoy went east:

Last night in the -20 something of a January evening, several hundred people gathered on the side of the highway in a small Saskatchewan village, just as 1,000’s of others have done before us, and many more will continue to do. I expected only a fraction of that!

This is not just a trucker thing, it’s not just a vax thing, it’s way bigger than any of that. People can see that there’s something wrong and are looking for an answer. Our legal, normally accepted political process has been hijacked by those who want an unaccountable system of government that transfers the power of the people into the hands of a few.  The ones we elected to speak for us are, for a number of reasons, unable/ unwilling to exercise their obligations to us, as the check and balance against a move towards tyranny.

We are left dangling and frustrated as we don’t have a voice, and we, to almost the last soul out here, know in our hearts that something must change, or we will lose most of what we, and our ancestors have worked our whole lives for. Freedom to live, work, and enjoy the amazing country we live in! Freedom to make choices that affect us and our communities. Freedom to take risks that we determine are right for our circumstances, not what some pencil neck somewhere has determined what is best for us. The evidence has been piling up for decades here. No unaccountable bureaucrat will ever be able to serve you and the best interests of your country better than an honest, community minded, unselfish individual. They almost always spend our capital building their own little empires, giving themselves raises and pensions, making themselves more visible and comfortable while the taxpayer works to support them! They aren’t accountable anymore, our country cannot support this, and we all know it!

We need hope! We need a voice, and that’s why we left our warm homes last night, to go and see if this might be a voice that we can trust!  We stood there, in the cold, vaccinated beside unvaccinated, farmers beside professors, kids beside seniors, men and women, waiting to see a glimpse of hope. A hope that these people who are spending their own resources, leaving their homes and businesses behind, to drive to Ottawa to try make a difference in our lives. It remains to be seen if they will succeed in convincing the elites in power that they are out of bounds, but I can tell you from simply looking around at what I see happening, they have started something bigger than any of us could have imagined! May God bless their efforts!

And when He does, it quite often is in a unique way that defies mortal logic. Take the story of Balaam’s donkey from Numbers 22. For unknown reasons, He used a donkey when any other type of messenger could have possibly succeeded! It’s an interesting story and I’m sure there’s even more to it that may be revealed in time.

One thing I’ve experienced in my life is that when God speaks, it’s unique in appearance, it’s unique to the recipient, and it always has purpose that can be confirmed at some point in time. I’ve had a couple incredible experiences that defy any other explanation, and have come to pass with absolute accuracy. God doesn’t speak empty words, and never without purpose. Our part is only to be obedient and faithful. He is in charge of the results!

As I watched the convoy unfold, I knew with absolute certainty that there was something huge going on with this movement. I’ve never seen such incredible response to something that hardly had a chance to succeed, but it grew and grew beyond anyone’s expectations. Not only did it magnify in front of our eyes, it did it in a peaceful, clean, beautiful way. Nobody can ever take that away from those that went to Ottawa, it was an absolutely extraordinary display of something beyond our capabilities. To think that a protest movement like this could bring such hope to the whole nation, and actually the whole world, can only be a touch from God Himself. To see the leaders of this movement carry themselves with such wisdom and courage as they stood their ground on principle. They stood up and sacrificed in a huge way, for the sake of our whole nation, and beyond! Their presence was blessed beyond what a reasonable mind could dream.

The left completely lost their minds and began to self destruct and panic. They look like mice scurrying from under a piece of plywood in an old yard. The light exposes them and they run for cover. Nobody could expose their evil like they have done to themselves! To enact the emergency measures against peaceful protests really shows us what they really are, completely afraid of losing their control over the country they have tried to enslave!

I’m going to tie these two things together as it hit me like a ton of bricks!

In ancient times, the donkey was an incredible asset to everyone. It was a humble animal, but travel and commerce were built on the backs of those sturdy, tireless creatures. Balaam needed that donkey to carry him to his destination.

Today, the truckers serve the exact same purpose in our world. There’s nothing, not one solitary thing that we consume that didn’t rely on a trucker at least once on the path to your home! Could the analogy be any closer than that? I would also like to mention that truckers haven’t really been held in high esteem, and unfairly! They are tireless, incredibly resourceful, innovative, and most have servant hearts. I can tell you from my personal experience, it’s not the money, glory, and fame!

For me, that was the last part of the puzzle that confirmed to me that these men and women were used by God, in a mighty way, to speak to our beautiful country. It remains to be seen what will come of this but I have no doubt that the message will be heard by those who will listen! May God richly bless, protect and heal those that gave of themselves for this historical event!

The measure of the value of threat isn’t the energy that’s directed at it, it’s the reaction that comes from it.

Some peaceful, respectable souls drive to the capital to bring their concerns to the government. They break no laws, threaten nobody, set up a carnival, clean the streets, serve free food, and by all accounts, make the city a better place!

So our esteemed leader threatens, lies, maneuvers, tries every pathetic trick that only a 10 year old would think of as clever, and finally, calls in the riot squad to brutally beat and punish them.  His response defies any logic, unless you consider how HE views them. Because they stand for something important that HE despises, HE must destroy them at any price. He cannot exist in the same sphere as them. They are mostly good, HE just showed us who HE is.