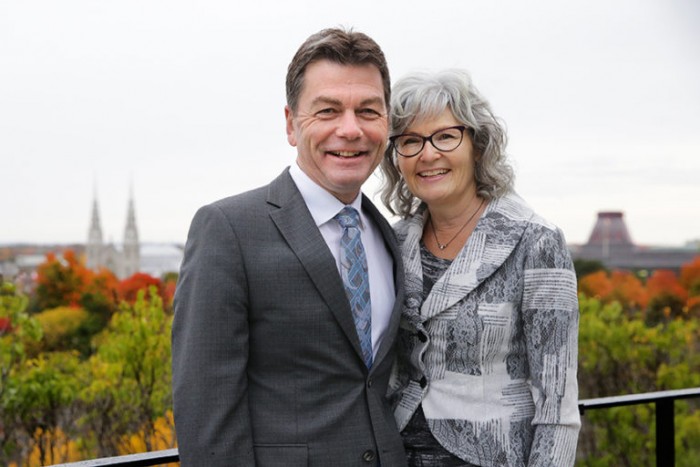 David Anderson is a former Canadian Member of Parliament for Cypress Hills-Grasslands, now retired. In his nearly 20 year career as an MP, he has served in portfolios dealing with Human Rights, Foreign Affairs, Natural Resources, Trade and Agriculture, championing the promotion of important freedoms – both economic and personal.

He serves as Chair of the Steering Group for the IPPFoRB – The International Panel of Parliamentarians for Freedom of Religion or Belief, a worldwide network of legislators focused on supporting the basic principles of the freedom to believe, to change belief, and to practice belief.

David Anderson is a family man, a business and political leader, and an experienced communicator.

Born and raised on the family farm near the south west Saskatchewan community of Frontier Saskatchewan, he took up farming as a teenager. After High School, David received a BA in Political Science from University of Regina and a Masters of Divinity from Canadian Theological Seminary (now Ambrose University).

Active in his community he served on various boards and farmed until 2000, when he was first elected to Canada’s House of Commons. He was subsequently re-elected five times, serving 19 years in the Canadian Parliament. He has served in portfolios dealing with Human Rights, Foreign Affairs, Natural Resources, Trade and Agriculture.

David’s focus has been on supporting freedom – that is, allowing people the freedom to make their own decisions as they live out their daily lives. He was instrumental in bringing marketing freedom to Western Canadian farmers. He has also worked on free trade issues. Since 2010, he has focused on freedom of conscience and belief.

He led the motion that declared the Canadian Parliament’s support for Freedom of Religion and Belief and his Annual Forums on Religious Freedom were standing room only.

Mr. Anderson is a founding member of both the International Panel of Parliamentarians for Freedom of Religion or Belief (IPPFoRB) and its Canadian network (CanFORB). He currently serves as chair of the IPPFORB steering group.

David left Parliament in Fall 2019 in order to focus on issues of Religious Freedom, both domestically and internationally. His office has generated extensive written material addressing these issues, which can be found on davidanderson.ca.